UTAH IS MY HOME

Many continue to ask me, Why it is that I am running for the Utah GOP Chair position?
First and foremost, because I love this state. Utah is my home, and has been home to my family for nearly 150 years, and will continue to be. I am taking a hands on approach to assuring that this state has Safety, Security and Freedom for all Utahns in the years to come. 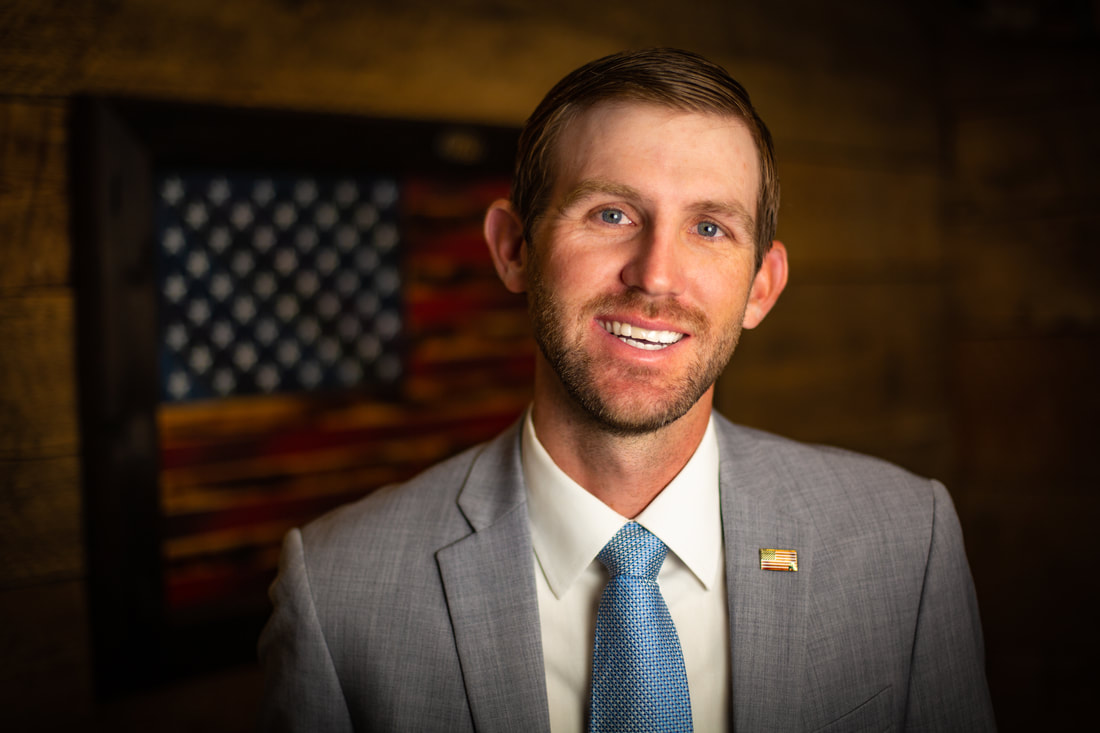 My Vision for the Utah
​Republican Party

Standing for Something:  As Ronald Reagan wisely said, "Our people look for a cause to believe in. Is it a third party we need, or is it a new and revitalized second party, raising a banner of no pale pastels, but bold colors which make it unmistakably clear where we stand on all of the issues troubling the people?"
This statement contains many important facets pertaining to the Utah Republican Party.
One: Our people must have something to believe in. If they do not believe that their elected officials have their best interests in mind, what do we have? If we do not have faith in our election system, we then lose the very basis of our republic. Political trust has been broken, the only way to repair it is to start standing for what we say. I was raised in a way where a mans word means everything. It's time politicians re-learn this lesson.
Two: We do not need a 3rd party, we need a revitalized 2nd party. One that is returned to the conservative values the founders used to craft this great nation.
Last: It is time we plant our flag. Time to show the world where we stand. There is no longer room for "pale colors." It is not time for sitting on the fence. The time for a stark contrast of bold colors is now. We must make it "UNMISTAKEABLY" clear where we stand, something many of our representatives have forgotten. We must hold our representatives accountable.
With encroachment from the government creeping ever farther into our lives, this has never been more important. I envision a strong and united state party, which in turn leads to a strong state government. A state government that will be a bulwark for the people of this state. Which ultimately assures a bold and bright future for the State of Utah.

Expand the tent:  As conservatives and Republicans, we must elevate the dialogue and engage better in our principles that make Utah such a great state. We must expand the tent and attract new voters; especially young voters. As a young Republican myself, I understand the need to engage the new voters of tomorrow. We must lead by example. If we want the young voters to move towards the values of conservatism, we must prove that there is a place for them in the Republican party.
At the end of the day, we believe as the Declaration of Independence states. "That all men are created equal." There is room in the party for all. Every race, age, religion, color, orientation or creed. There is a place in the Republican party for you.

Urban and Rural:  Although much of Utah's population base is urban, we must strengthen issues relating to rural Utah.  Issues such as wildfire mitigation, outdoor recreation, water quality/storage, our food supply chain, and more help us bridge the urban and rural divide.  We must create dialog, engage elected officials and give Republicans the tools they need to resolve issues before they become problems.

Social Media and Technology:  My personal social media platforms have reached tens of millions. We can no longer deny the place that social media plays in politics. Most of us turn to social media for just about everything. Whether it is a new recipe or the latest happenings around the world. The currency in which we trade on these days is attention. Without attention, we can't raise awareness, can't educate others on issues nor win elections. It is time we expand the social media footprint of our state party as well. This in turn will help with voter outreach and education. Also giving the youth a place to interact, thus drawing in new voters. Not to mention seamless contact to you, the constituents.

Caucus/Convention:  Our convention system is critical for our grassroots and voters to get to know our candidates and vet them. We must strengthen the Convention system​. The introduction of S.B. 54 has brought about major challenges for the system. It is time we take the bull by the horns, and address the issues created within the system by signature gathering. I do not believe that you should be able to buy your way into political office. Our government was meant to be, "By the people, and of the people".
Just this past year, a signature gatherer stopped by my in-laws home. He was gathering signatures for 6 different candidates! My father in-law then went on to ask him if he was a volunteer. The young man said, "No, I get paid for every signature I gather."  In this system, you no longer have to appeal to the people, you just need $75,000 to get on the ballot. This is also how we end up with a plurality on the ballots. Which then results in some elected officials, with well less than a majority plus 1. It is time we as a party, tackle the issue.

Volunteers:  We are a party of volunteers. They are the lifeblood of the party.  We cannot operate without them. As we have seen over the last few weeks in the Salt Lake County party, issues can arise between volunteers and candidates. We must ensure that there are policies and procedures in place to deal with ALL allegations inside the party. Thus ensuring, we protect those who are making accusations and those who are accused. That due process is had and all are treated fairly. As we attract a diverse volunteer base, we will have more disagreements, these policies will ensure safety and fair treatment for all involved in the important work of the party.