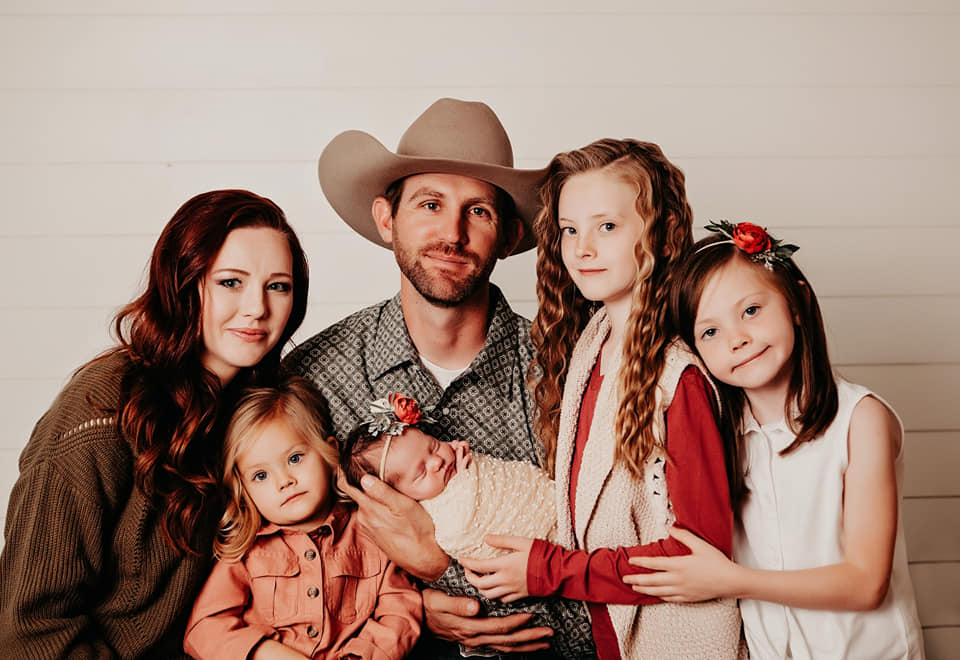 ​Carson Jorgensen, his wife Amy, and their 4 daughters

Carson Jorgensen was born and raised in Mt. Pleasant, UT.  Carson married Amy Broadhead (of West Jordan) and they are the proud parents of 4 daughters.

Carson is a sixth-generation Utah rancher.  He and his family run approximately 5,000 head of ewes, grazing nearly 200,000 acres of rangeland.  They also farm several hundred acres, primarily alfalfa hay, wheat, and barley. Carson works on the ranch nearly every day. In between running his small business, producing high quality horse bridles that are shipped worldwide.

Carson attended Snow College and then finished top of his class in the Diesel Technology Program from Utah Valley University. Where he went on to represent the state of Utah, in the Skills USA national competition, where he finished in the top 10.

Carson has embraced, cultivated, and expanded his online presence via social media.  It is not every day that one finds an individual from a small town of a few thousand residents, who works the land, tends a large flock of livestock, lives the rural life, and has followers from around the world.  Views for Carson's social media have reached nearly 20 million.  When Carson "shares" a story or information, his reach is often further than industry associations and major media outlets.

Carson's trusted and proven outreach places him in Utah's top tier of those able to give a voice to important local, state and national issues. Just this past year, Carson was able to garner national media attention for an issue that was very critical to Utah, and Western
Agriculture. Triggering an anti-trust investigation by the U.S. Department of Justice.

Carson ran for the U.S. House of Representatives in 2020. He was unsuccessful in his bid against incumbent Chris Stewart. Carson continues to work closely with members of Utah's Federal delegation on issues regarding agriculture, food supply, water resources, private and public lands issues.